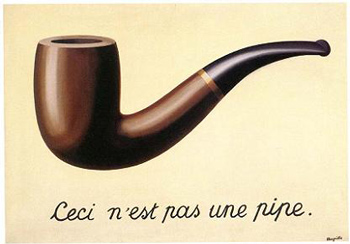 According to the Swedish courts, cartoon characters are people too.

Manga translating Swede, Simon Lundström, was convicted of possessing child pornography back in 2010, despite the fact the “manga images” used to convict him featured no real children. Sweden’s Court of Appeals upheld its conviction against him after an appeal back in January of 2011, but lowered the amount of images he was to be prosecuted for from 59 to 39. The punishment Lundström faces is relatively minor – a fine of around $780 following his appeal – but the conviction still marks him as a sex offender. He did lose his job translating for publisher, Bonnier Carlsen, after has was convicted. The court verdict also states that he can no longer offer his services as a “manga expert.”

“These are not real people,” said University of Gävle comics researcher, Johan Höjer, during the initial trial. “The prosecution has a tendency to view these drawings as camouflaged photos, but these are animated fantasies.”

The prosecution, however, argued that the images could be used to entice children into performing sexual acts, and even went as far as to suggest the artists involved in the work could have used real children as models.

“And even a drawing could be of a real child,” said prosecutor, Hedvig Trost. “A photo depicting a real child could have been used to make the drawing. It is hard from the outside to know whether there is an original photo or not.”

The Swedish courts are still struggling with the question of whether or not lines on paper technically count as children – evidently they don’t agree with Magritte’s view on the matter – but Trost’s argument is ridiculous. Director, John McTiernan, could have perfected Die Hard’s gritty, yet realistic, action scenes by mercilessly gunning down hobos as research – yet the Swedish police force have yet to arrest Bruce Willis as an accessory to murder.

The Supreme Court will announce its verdict in “a few weeks.” In the meantime, a criminal inspector working for Sweden’s National Bureau of Investigation’s child pornography unit has written a piece for the Svenska Dagbladet newspaper. In it, he argues that the images should not be considered pornography and added that he was “doubtful of how a conviction would benefit those children who are actually suffering from real abuse which is being documented.”