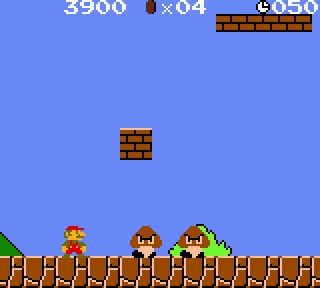 He’s Nintendo’s famous mascot and one of the most prolific characters in gaming – naturally Mario has more than a few Guinness World Records to his name, and these are ten of his best.

In case you haven’t noticed, we here at The Escapist are all about Mario today. Like his games or not (and you really should), there’s no denying that Mario has made his mark on the entertainment industry. How big a mark, you ask? Big enough for him to have at least ten entries in the Guinness World Records 2010 Gamer’s Edition:

*Longest-running computer game character: (Mario) Nintendo’s Mario character, a plumber by trade, first appeared in the arcade version of Donkey Kong in 1981. Mario has since made an appearance in over 70 games, although he is a “playable” character in only around 30 of these.

*Most successful videogame hero: (Mario) Mario, a computer-generated carpenter created by Shigeru Miyamoto (Japan), first made an appearance under that name in Nintendo’s ‘Game & Watch’ version of Donkey Kong in 1982 (He was otherwise known as “Jumpman” in the original 1981 arcade version of the game). To date, Mario has featured in at least 125 video games that, combined, have sold nearly 200 million copies worldwide.

*Most critically acclaimed 3D platformer: (Super Mario Galaxy) The record for best critical reception for a 3D platformer is held by Super Mario Galaxy, with an outstanding 97.26% and 97% from GameRankings and Metacritic, respectively. The game was praised for its gravity-bending level design and for staying true to the series’ nostalgic roots.

*Best-selling videogame series of all time: (Super Mario) With over 201 million copies sold, the Super Mario series is the best-selling gaming franchise in history – across all genres. While the last 28 years have seen the intrepid Mario engaging in a wide variety of activities – including role-playing, medicine and several sports – the series remains firmly rooted in the 2D platforming that first brought it success with the original Donkey Kong in 1981.

*Best-selling gaming character cross-over: (Mario & Sonic at the Olympic Games) Mario & Sonic at the Olympic Games has sold over 7.09 million copies on Wii and 4.22 million on DS since its launch in 2007, making it the most popular game to feature characters that originally starred in their own games. It was the first videogame to feature both iconic characters, who had been rivals for many years as mascots.

(Thanks to Guinness World Records for sending these over!)

Holy crap. If you traveled back in time to 1981, would you have ever imagined that Shigeru Miyamoto’s unassuming “Jumpman” would have turned out this way?

With that sort of legacy, is there any wonder that Nintendo’s mustachioed plumber is the most famous videogame character in the world?

You know what, Mario? You deserve Peach’s cake.

For more Mario fun, be sure to check out our Mario Party!

MacGyver Movie in the Works