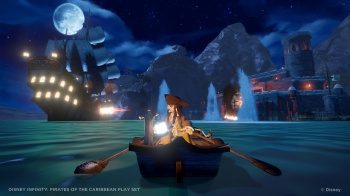 Disney Interactive has yet to make a sustained profit, and will face layoffs.

Disney Infinity is about to get a helping hand from the Star Wars and Marvel universes. Disney Interactive, which spent over $100 million developing the game/toy hybrid, is developing new versions of Infinity featuring characters, as yet unnamed, from both Disney-owned franchises.

Disney Interactive desperately seeks sustained profit, and although Interactive had a decent, if late, launch, the division will start shedding staff. Several hundred jobs – out of a total work force of 3,000 – are expected to be lost. John Pleasants, the man who used to run the shop before being forced out and replaced by Jimmy Pitaro, admits he “could have been maybe a little more aggressive” in streamlining operations. Streamlining is likely to be one of Pitaro’s priorities. He’s already announced his intention to reshuffle his senior team and reorganize the division.

In the last financial quarter, Disney Infinity pushed the division to its second profitable quarter in its five year history. Disney Interactive has yet to enjoy one full year of profitability.