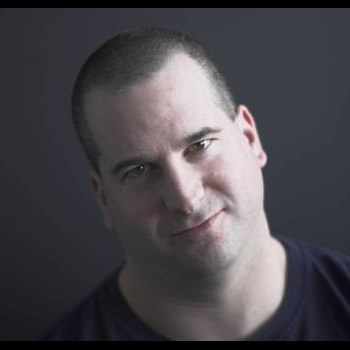 Drew Karpyshyn, the lead writer on Mass Effect and Mass Effect 2, recently spoke about some of the ideas for the conclusion to the Mass Effect trilogy that were considered but ultimately discarded.

The ending of Mass Effect 3, and by extension the entire Mass Effect trilogy, is what you might generously describe as not-universally-popular. I didn’t hate it, although my judgment was admittedly blurred somewhat by the emotional impact of the final, ultimate end to Commander Shepard’s story, but it sure wasn’t the best wrap-up ever, and even now I’m not entirely clear as to what happened, or why.

It is what it is, but as revealed by Drew Karpyshyn, the lead writer on the first two Mass Effect games, it could’ve been something entirely different. In a lengthy and very interesting interview with Videogame Sophistry on AM 640 in Toronto, Karpyshyn talked about a few of the trilogy-ending scenarios that were kicked around while he was still on the job.

“Some of the ideas are a little bit wacky, a little bit crazy,” he said. “There was at one point some ideas that maybe Shepard was actually an alien and didn’t know it, but we thought that was maybe a little too close to Revan [of Star Wars: Knights of the Old Republic]. At one point we thought, well, maybe at some point Shepard gets his essence transferred into some kind of a machine, becomes sort of a cyborg and becomes sort of a bridge between organic and synthetic life.”

Karpyshyn also touched on “dark energy,” a concept that was introduced in Mass Effect 2 but ultimately never went anywhere. “One of the things we considered is that maybe dark energy is something that only organics can access for various techo-science magic reasons, we hadn’t necessarily got into that yet. Maybe using this dark energy was having sort of a ripple effect on, for want of a better term, the space-time continuum,” he said. “The Reapers kept wiping out organic life because organics would eventually evolve to where they were using biotics and dark energy, and that was an entropic effect that potentially was going to hasten the end of the universe. And being immortal beings, that is something they did not want to see.”

“Then we thought, well, let’s take it to the next level, maybe the Reapers are looking at a way to stop this. Maybe there’s an inevitable descent into the opposite of the big bang, like the big crunch, the end of the universe, and they realize that the only way to stop it is through using biotics, and since they can’t do it, that’s sort of why they keep rebuilding society. They’re trying to find the perfect group to use biotics,” he continued. “The Asari were close but they weren’t quite right, the Proteans maybe were close, and they kept trying again and again, where all of it’s sort of a giant experiment, as they’re trying to find the right mix of mental fortitude and biotic ability and whatever else in the genetic code that allows a particular species to use biotics to stop the end of the universe, or maybe ascend into Reaperhood and still keep this biotic power.”

They’re interesting and potentially solid ideas, but Karpyshyn cautioned daydreaming fans that they’re a long way from fully-cooked and likely would’ve ended up a disappointment for some people anyway. “[Fans] hear a couple of things they like and in their minds, they add in all the details that they specifically want, and they talk about how awesome it is,” he said. “And I think it’s because people are basically hopeful, and we want it to be great, and so we imagine it to be exactly what we want it to be, but nothing ever is exactly what we want it to be… I’m a little leery about going into too much detail because whatever we came up with, it probably wouldn’t have been what people imagine it would be.”