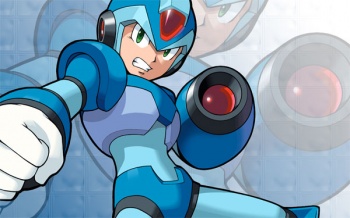 “The western audience is turning its back on us,” says Keiji Inafune.

The common consensus seems to be that while Japanese developers are still dominating the handheld market, they’ve fallen behind when it comes to AAA titles. Inafune, former Capcom R&D commander, co-creator of stumpy gaming-icon, Mega Man, and an outspoken critic of the Japanese game industry, reckons it’s because developers are ignoring criticism.

“You should tell the truth about Japanese games not being what they used to be,” he told Wired.

“Unless they get that criticism, Japanese game creators are just sitting on the glories of the past. They won’t get the message that the Western audience is turning its back on us.”

“Right now, Japan believes that other Asian games, and American games, aren’t as good as theirs,” he continued. “But across the world, American games are the best-selling and considered the most fun. But Japan’s gamers and game creators still won’t accept this. This is why Japan can’t win.”

Very few Japanese developers have the money to compete with western developers when it comes to AAA titles. Rising development costs have caused many smaller developers to shift over to developing titles for handhelds or the Wii, which generally cost less to make.

Inafune believes that Japanese developers need to swallow their pride and admit there’s a problem.

“When they’re embarrassed and they feel obliged to change, it would make a difference,” he said, before suggesting more Japanese developers collaborate with Western developers.

“It’s impossible for Japan to win with just Japanese power. Everybody in Japan should work with foreign developers,” he said.

“Not just paying them money and letting them make whatever they think is good, but really working together, coming up with new ideas together and discussing how to make something brand new. That would result in a chemical reaction in a good way. There’s no way that Japan can be on their own anymore.”

Capcom’s most-recent attempts at working with western developers have been a decidedly mixed bag. Bionic Commando, developed by Grin, was a critical and commercial flop, as was Airtight Games’ Dark Void. On the other hand, despite sucking like a black hole in a brothel, Resident Evil: Operation Raccoon City by Slant Six managed impressive sales, and Dead Rising 2, developed in conjunction with Capcom Vancouver (then Blue Castle Games), was both critically and commercially successful.