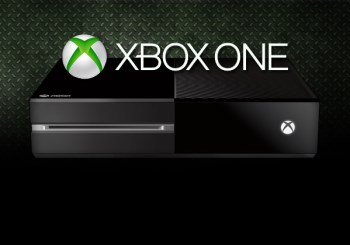 Major Nelson confirms that your Xbox One console will have to connect to the internet once every 24 hours.

Since the Xbox One was announced on May 21, those who follow the gaming industry have had some questions about Microsoft’s next console. What’s the deal with being always online? How do used games work? Can I still share with my friends? Microsoft hasn’t exactly been forthcoming with answers, but Major Nelson took to his blog tonight to clear the air. In three different responses, Xbox Live’s Director of Programming addressed three pressing Xbox One issues: how games licensing works, being always online, and Kinect’s potential invasion of privacy.

Some things were clarified when it comes to licensing games, which, I guess, is how we refer to buying games now. First, some good news: “Up to ten members of your family can log in and play from your shared games library on any Xbox One.” Assuming there are no catches, that’s pretty generous. It would be great to share games with family members without having to physically visit them. There are, however, two catches to giving a game to a friend not on the family list: “you can only give them to people who have been on your friends list for at least 30 days and each game can only be given once.” The post is still incredibly vague on trading in games, with Major Nelson saying that “game publishers can enable you to trade in your games at participating retailers.” It’s up to third-party publishers to make the call, but there’s no word on what “participating retailers” means, or any other details that might clear up this issue completely.

Now for some bad news:

“With Xbox One you can game offline for up to 24 hours on your primary console, or one hour if you are logged on to a separate console accessing your library. Offline gaming is not possible after these prescribed times until you re-establish a connection, but you can still watch live TV and enjoy Blu-ray and DVD movies.”

The rumors are true: you must connect once a day in order to play your games. That you bought. What about gamers without that capability? They don’t exist. “Every Xbox One owner has a broadband connection,” Major Nelson writes, and because of this, “developers can create massive, persistent worlds that evolve even when you’re not playing.” Being always online and ready to go will probably have some benefits, but it’s hard to say if that outweighs alienating anyone who doesn’t want to–or can’t–connect to the internet once a day, every day.

Finally, you can breathe easy knowing that the new Kinect will not be spying on you, as long as you don’t want it to. Privacy options control what your Kinect sees and hears, and if you don’t want it on, just say “Xbox off.” As for additional personal data, “you can play games or enjoy applications that use data, such as videos, photos, facial expressions, heart rate and more, but this data will not leave your Xbox One without your explicit permission.”

This new information raises quite a few new questions, as well as confirming some of gamers’ worst fears. With Microsoft’s E3 press conference just a few days away, will the publisher address these issues further? Stay tuned.