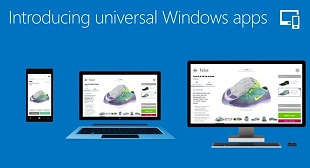 New Windows apps will run across the entire Microsoft ecosystem with minor tweaking.

During today’s BUILD Conference, Microsoft announced that it would be bringing universal apps to all of its operating systems. In short: developers will be able to deploy the same app, with minimal tweaking, to any device running Windows 8.1, any phone running Windows Phone 8.1, and the Xbox One.

The Universal Windows Apps initiative should make app development across multiple Microsoft platforms a breeze, relatively speaking. It also means you won’t be buying the same app two or three times for different Microsoft devices, while all data related to the app or game (save files, in-app purchases, etc.) will be synced via The Almighty Cloud. You might have to buy an all-access pass to use the app on multiple devices (it’s up to the dev at the moment), but there won’t be the same kind of fragmentation that still exists between iOS and OS X.

Tools provided by Microsoft will enable developers to tweak app settings — form factor, resolution, mouse or touch input — without dramatically changing the rest of the app’s code. Controller and Kinect input will also be available if developers want to bring apps to the Xbox One.

This could be a serious shot in the arm for Windows Phone, which has been languishing behind Android and iOS for years. Being able to use your Windows apps on your phone, with minimal cost and headache (theoretically), could very well boost sales.

What say you, Windows users? Will you take Windows Phone seriously now that the promise of universal apps exist? Or will you be sticking with Android and iOS for the foreseeable future? Let us know on the forum.

Criminals Review – If It Weren’t For My Meddling Friends!