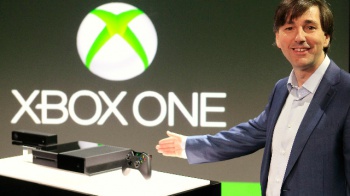 The Xbox One, or “Xbone” as it has now been dubbed by the public, won’t be natively backwards compatible with 360 games, disc-based or otherwise. This is a great disappointment to some, especially given that yesterday’s announcement event was light on anything even resembling an actual game, but Microsoft’s Head of Interactive Entertainment Business, Don Mattrick (whose ruggedly handsome countenance can be seen to the right), isn’t bothered.

After dropping that incendiary comment, Mattrick got into the numbers. According to him, only five percent of customers play previous-generation games on new gaming systems. Since the Xbone uses a CPU fundamentally different from the one in the 360, backwards compatibility would require either software emulation (as with the later PS3 models), or a separate set of last-gen hardware in the Xbone box (as with the earlier PS3 models). Given that price is likely to be a huge factor in the coming race, it’s easy to see why Microsoft elected to drop backwards compatibility. It’s worth noting that Sony has apparently done the same with the upcoming PS4.

So, is backwards compatibility such a huge deal? From a raw, money-driven perspective, it doesn’t seem to be. Social media research firm, Fizziology, claims its surveys of potential Xbone customers indicates only 12% would be put off by a lack of backwards compatibility. A greater concern is whether or not we’ll be able to play current-gen games a decade or two down the line. The consoles of the 8-bit and 16-bit eras have survived to date mostly because they’re solid slabs of circuitry. At consoles get more and more complex, their failure rates have gone up exponentially. The original 360 model is certainly proof of that.