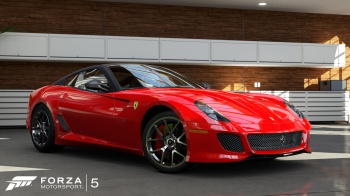 It’s no secret by now that Sony’s PlayStation 4 is said to have a technical advantage over Microsoft’s Xbox One when it comes to games’ resolution and frame-rates; but don’t expect the talks to stop anytime soon. Over on Twitter, a fan ribbed Microsoft studio manager Mike Ybarra on when will the Xbox One be able to hit 1080p resolution, to which the exec snapped back to troll less and game more and cites Forza 5 as a game that hits the 60fps (frames-per-second) and 1080p resolution benchmarks.

For reference, Turn 10’s Forza 5 is indeed running at native 1080p resolution and at 60fps — though the same can’t be said for other games on the platform. Last month, Microsoft’s director of product planning Albert Penello said that the 1080p and 60fps differences between the PS4 and the Xbox One are “pretty minor” little things that get way overblown.

In non-technical Xbox One news, a ton of Xbox One info has made its way online, with Microsoft now purported to be looking to track, identify and seek legal action against the NeoGAF forum poster who posted the leaks.

Do you agree with Ybarra that people should just play the game and stop obsessing over technical issues, or is Microsoft to blame for not releasing a stronger console?