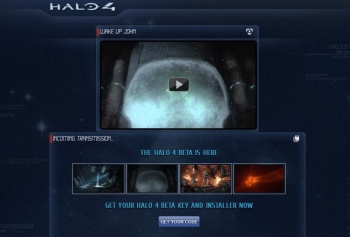 Surprise, surprise: Microsoft isn’t happy about the fact that a website encouraging users to sign up for the Halo 4 beta is, in fact, a phishing scam.

While Halo 4 is a real game that’s in development by 343 Industries, a website that’s been advertising sign-ups for the game’s beta is definitely a fake. A couple of weeks ago, developer David Ellis tweeted that the site wasn’t real. Now, Microsoft’s going after the site Halo4beta.net, seeking to get the domain name taken down.

After Ellis tweeted the note, the folks who operate Halo4beta.net took the site down. However, Microsoft has filed a complaint with the National Arbitration Forum, which will probably order the domain name transferred over to Microsoft. The case is still pending, but it seems safe to assume that it won’t take long before a ruling is issued.

Halo 4 – as well as Halo 5 and Halo 6 – was announced at E3 2011. The first title in this new trilogy is set to hit stores this Holiday season, though a specific date has yet to be revealed.