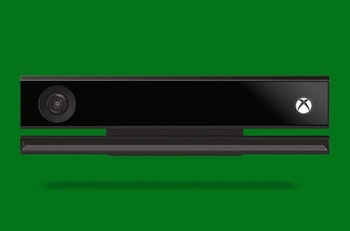 Along with the NSA, the British GCHQ stored huge volumes of webcam and chat traffic.

Update: Microsoft has told Eurogamer that it’s “concerned about any reports of governments surreptitiously collecting private customer data.” Furthermore, it says that it’s “initiated a broad effort to expand encryption across our services and are advocating for legal reforms,” something it started after it was revealed that the NSA was listening to players bicker over Xbox Live. “We’re not aware of any surveillance activity,” the spokesperson said. “If it has occurred as reported, it certainly wasn’t done with our consent.”

Original Story: It’s not just the NSA that’s caught with their authoritarian pants around their legs. Apparently, the British have been up to it too. According to The Guardian, not only has the British intelligence agency GCHQ been storing massive amounts of webcam footage, but it also considered using the always-on Microsoft Kinect as well.

The information comes courtesy of (who else) Edward Snowden. The files document a project called Optic Nerve, which collected a huge database of private chats and webcam traffic. All of this was done through a joint system with the NSA. While it seems that the data was primarily collected through Yahoo Messenger, the GCHQ also considered using the Microsoft Kinect camera to peer into the private homes of citizens. The documents noted that the Kinect created “fairly normal webcam traffic”, and was being evaluated for use in a wider program.

It seems that Optic Nerve started back in 2008 and was active at least until 2012. The creepy bit is that these revelations only show what they were up to many years ago, not what they’re doing now. So, if anyone had any misgivings about having an always-on camera and microphone constantly connected to the internet in your living room, your fears just got a bit more confirmation.