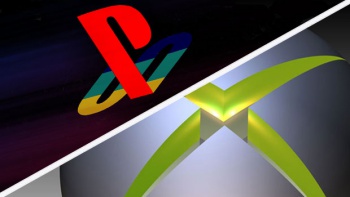 Microsoft director of product planning Albert Pennello claims technical differences between the PS4 and Xbox One “get way overblown.”

If you haven’t been keeping up with gaming news, much has been said how the Xbox One is inferior technically compared to the PlayStation 4. Most of these talks keep going to the 1080p resolution and 60fps (frames-per-second) advantage PS4 games have compared to the Xbox One versions. While some people might think these discrepancies are a big deal, Microsoft director of product planning Albert Penello thinks these differences are being way “overblown,” and are “pretty minor.”

I think there were 12 titles released on both platforms [PS4 and Xbox One], and all but three of them had basically the same performance on both boxes. I think these little things get way overblown versus like the quality of the games and the real differences in the two experiences which are pretty minor.

If that wasn’t enough, Penello adds that he knows what’s going on “behind the scenes,” has more info that most people don’t have access to, and that some people people tend to neglect things that swing in his favor and highlight points that tell he’s wrong.

Look, I’ve had a lot of time to think about this and I believe in what I said. I believe that the differences [between the PS4 and Xbox One] is not that great…And I know what is going behind the scenes and I have access to more information about some of this…than a lot of people. Sometimes I think people tend to neglect the points that are in my favor and they like to highlight the points that tell me that I am wrong. Right now, I still think Ryse is still the best looking game on any platform. Period. End of story.

You can read up on all the differences between the two next-gen consoles in The Escapist’s massive PS4 vs. Xbox One comparison piece where it talks about the specs, launch libraries and so much more.

Do you agree with Penello and think the resolution and frame rate differences are being overblown, or is he wrong and these things will play a bigger factor once developers get more time with the consoles?