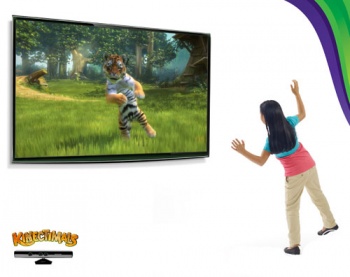 Making a motion controlled game is apparently about more than just motion.

Xbox product director Aaron Greenberg has cast a critical eye over the launch line-up for Sony’s Move controller and has found it lacking. In his opinion, Sony has simply tacked motion controls on to traditional games, rather than creating games specifically for the controller.

He said that Microsoft had taken a different approach when making games for Kinect, and wasn’t going to add motion controls to games like Halo or Call of Duty just for the sake of adding them. Microsoft didn’t want players to have to chose between a regular controller and motion controller, he said, instead it wanted games to be played with whichever peripheral gave the best experience. He said it was likely that there would also be hybrid games, but thought that they would be specially constructed as well.

Greenberg is certainly right in saying that many of the games that support Move will also work with a regular controller, but he doesn’t really make a case for why that extra choice is a bad thing. Resident Evil 5 or Killzone 3 might not specially built for the Move, and most core gamers will probably chose a regular controller for those games anyway, but it never hurts to have the option.