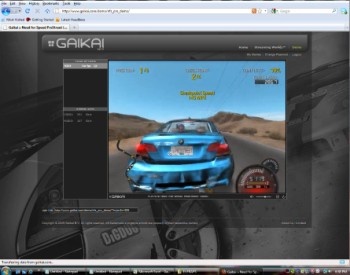 Microsoft claims to be unworried by “cloud gaming” services from OnLive and Gaikai, saying it doesn’t believe they’ll be able to compete with conventional technology “for the foreseeable future.”

No, it’s not exactly a huge surprise: Nobody was expecting Microsoft to leap up and start screaming about the imminent doom that awaits it in a console-free future brought about by the mad geniuses at OnLive and Gaikai. The software giant lived up to those non-expectations at a discussion about “Digital Distribution and the Future of the European Games Market” at the London Games Conference this week, saying that while technology will probably make such systems practical at some point in the future, that future is a long way off.

“Streaming technology is something that the industry is betting on longer term,” said Jerry Johnson, headed of the Microsoft’s Xbox Live operations for Europe, the Middle East and Africa (EMEA). “Right now I don’t believe that technology can scale out against the experience we can offer on a local machine.”

“The technology will continue to improve,” he continued. “As an industry we’ll have to accept that and move with it – but I don’t think it’s on an accelerated timeline for the foreseeable future.”

I certainly don’t want to damage my street cred by getting in line with a Microsoft Man, but I have a hard time disagreeing with him. The server and client technology may be available but without a reliable infrastructure to support it, it doesn’t mean much. Broadband access continues to grow but is still far from universal, while speeds and reliability are all over the map. I think OnLive is a fantastic idea; I also think, like Johnson, that it’s a little too early at this point.