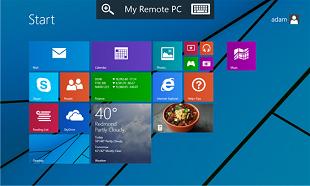 Yo dawg, I heard you like Microsoft, so we put Remote Desktop in your mobile OS so you Windows while you Windows.

Microsoft has launched a Remote Desktop Preview app on its Windows Phone platform, allowing WP users to log into Windows PCs through their smartphones.

The app, already available on Google Play and the App Store, requires Windows Phone 8.1 — the latest mobile OS from Microsoft that’s launching this Spring. Once your Windows Phone device gets the upgrade in the coming weeks, you’ll be able to connect your phone and Windows PC through the official app.

On the Windows PC end, a bunch of different operating systems are supported, including Windows 7 Pro, Windows 8 Pro…even some versions of XP and Vista feel the love. You can check out the full list here.

This Remote Desktop preview is also one of the first universal apps being released by Microsoft, so the app, with some minor tweaks, will be one and the same when it’s launched on both Windows Phone 8.1 and Windows 8.1.

If you’re not already on the Remote Desktop bandwagon? You definitely should be. The feature, baked into many different versions of Windows, allows you to access files when you’re away from your machine, so long as it’s powered on and connected to the Internet. Cloud storage is great, but for the files you don’t want stored on servers you don’t own, RDC is the way to go.