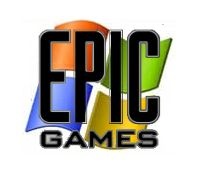 In the latest issue of the magazine, according to a WRAL.com report, GamePro Assistant Editor Travis Moses wrote, “Microsoft will buy Epic Games for $1 billion.” Epic, the company behind the award-winning Gears of War and Unreal Tournament III, is considered especially attractive because of their Unreal engine technology, which is used by numerous other developers for game development on the Xbox 360, PlayStation 3 and PC.

“Epic Games is one of the few highly regarded indie developers… partly for their games but mostly for their Unreal technology,” Moses wrote. “Microsoft has lots of cash on hand, and in buying Epic, could collect royalty rights for Unreal technology across other platforms. Given Epic’s tight partnership with Microsoft, along with widespread use of the Unreal engine, this move makes a lot of sense, particularly in light of [Electronic Arts’] Pandemic/BioWare merger [as] well as the Activision/Vivendi shockers.” The report says Microsoft and Epic Games will have adjacent exhibits at this year’s Game Developers Conference.

Such a move would also bring a high-profile replacement for Bungie back into the Microsoft studio. Bungie was acquired by Microsoft in 1999 following the announcement of the first Halo. As a result of the purchase, Halo development was shifted from the PC and Mac to Microsoft’s Xbox console, and ultimately went on to become one of the most popular videogames of all time. Following the release of Halo 3, Bungie broke away from Microsoft in October 2007, saying it wanted to pursue new IPs as an independent company.