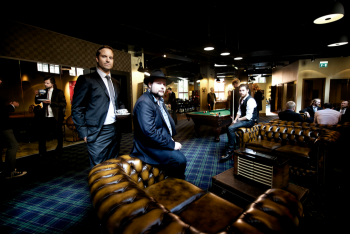 Earlier this year, Markus “Notch” Persson’s company Mojang was served a lawsuit over the infringement of a patent that was allegedly breached by the Android version of Minecraft. Not content with simply fighting the case, Notch has decided to take further action against software patent holders and donated a quarter of a million dollars to the Electronic Frontier Foundation (EFF), a non-profit digital rights organization.

A press release issued by the EFF states that both Persson and Mark Cuban, entrepreneur and owner of the Dallas Mavericks, contributed a total of $500,000. EFF states that the donation will go towards the hiring of a new staff attorney experienced in patent reform, as well as the funding of activism campaigns.

The EFF has a number of projects in place dedicated to working on reforming software patents, such as the “Defend Innovation” project, which is aiming to introduce a number of fixes to the American patent system.

Notch issued a statement with his donation: “Temporary fixes aren’t good enough – we need deep and meaningful reform to protect software development and keep it as free and democratic as possible,” he said. “New games and other technological tools come from improving on old things and making them better – an iterative process that the current patent environment could shut down entirely. This is a dangerous path we’re on, and I’m glad to help EFF move us in the right direction.”

Back in July, Notch offered a more heartfelt opinion on software patents in a blog post, concluding that “if you own a software patent, you should feel bad.”