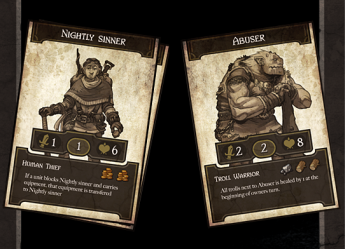 The Scrolls dispute between Mojang and Bethesda is headed to a courtroom.

Back in early August, lawyers representing Bethesda Softworks sent a notice to Markus “Notch” Persson claiming that the name of Mojang’s new game, Scrolls, infringes upon Bethesda’s Elder Scrolls trademark. The letter demanded that the game be renamed and that Mojang fork over some bucks for the inconvenience. Persson expressed hope that it was “just lawyers being lawyers” and that the whole matter would eventually be dropped; he even went as far as to suggest that Bethesda and Mojang settle the matter by way of Quake 3 Team Deathmatch, an offer Bethesda chose not to respond to. But he also made it clear that it if Bethesda insists on making a fight out of it, Mojang wouldn’t back down.

It would now appear that Bethesda is very serious indeed. “The Scrolls case is going to court! Weee! :D” Persson wrote on Twitter today.

“Yeah, we got a notice from the Swedish court,” Mojang Business Developer Daniel Kaplan explained to Gamasutra. “We are going to do as much as we can, since I really hate it how the big boys always get their own way.”

According to Kaplan, Bethesda’s lawyers plan to use user comments about Scrolls videos, articles about the game and even screen shots to prove that gamers are likely to confuse Scrolls with the Elder Scrolls franchise. “It is really silly believing our game will be confused with their FPS-RPG with realistic graphics,” he said. “They have dumped everything they could find about Scrolls.”

Specific court dates haven’t been revealed but Kaplan said Mojang will begin submitting its own evidence in the case “soon.”