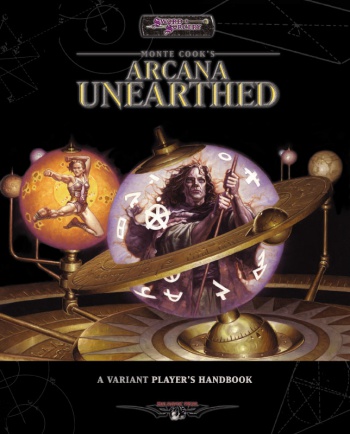 The prominent designer left because of a difference of opinion.

Monte Cook is one of those names in tabletop RPG development that I always associate with creative design. Along with Skip Williams and Jonathan Tweet, he was instrumental in shaping the rebirth of Dungeons & Dragons third edition in 2000, but he’s been designing games and writing adventures since 1988. Over the last decade, Cook worked on various D20 projects, including Arcana Unearthed and Call of Cthulu. Last year, Cook surprised the RPG community when he returned to the fold, so to speak, to help Mike Mearls and the team design the next version of D&D. Yesterday though, he announced he was leaving Wizards of the Coast because of differences of opinion with the direction the company was taking.

“Last week I decided that I would leave my contract position with Wizards of the Coast,” he wrote on his blog. “I am no longer working on Dungeons & Dragons, although I may provide occasional consultation in the future. My decision is one based on differences of opinion with the company.”

He didn’t go into details, because he “hates drama” but Cook stressed that his fellow designers were not the reason for his departure, calling out Rob Schwalb and Bruce Cordell and the work of Mearls’ team. “I enjoyed much of my time working with everyone who’s been involved with the new edition of D&D,” he said. “The WotC RPG R&D department is full of talent.

“I enjoyed every moment of working with them over the past year. I have faith that they’ll create a fun game. I’m rooting for them,” he continued.

Mike Mearls seems to have been blindsided by Cook’s resignation, as he pointed out in the Legends & Lore column vacated by Cook. “I am surprised, and frankly saddened, by Monte’s decision to leave the D&D Next design team. I’d like to thank him for his contribution, and we all wish him well,” Mearls said.

It’s hard to say what Cook’s departure will mean for the future of Dungeons & Dragons, but losing a key member of the team at this juncture doesn’t bode well. Wizards and Mearls used the opportunity of this news to announce the playtest period for D&D Next, as they are still calling the new iteration, will go public next month, so it seems the company wants fans to know that this won’t impact development.