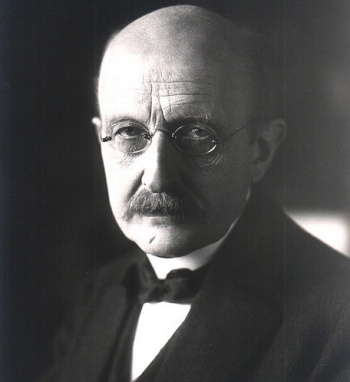 Beneath the kaleidoscopic aesthetics and charmingly simple control scheme, musical indie shooter Planck is an ode to a 19th-century Nobel prize winner.

If you’re anything like me — and you should be — you read our recent coverage of indie shooter Planck and thought to yourself, “yes, that sounds cool, but how does it tie in to long-dead German physicist Max Karl Ernst Ludwig Planck?”

Never one to leave annoyingly esoteric questions unanswered, I sought out the team behind the game. To my geeky delight, the game’s title is very much intended to tie the shooter to the man.

Planck is indeed named after Max Planck! Planck’s work formed the basis of quantum theory, which – very generally speaking – breaks down the components of the universe into discrete small pieces (quanta). We’ve taken that same approach to music in Planck, starting with a song and subdividing it into its individual elements, allowing players to reassemble them on the fly.

On a more macro level, while Max Planck sought to explain the universe around him by breaking it into smaller and smaller chunks, he never lost his sense of spirituality – of wonder at the miracle of existence. To him, it was a consciousness of some kind that set the smallest particles in the universe into the vibrations that defined them. In the world of Planck the game, that conscious intent is provided by the player, and the vibrations are the sounds released by his or her actions.

For those who slept through high school physics, or find themselves suddenly very interested in the fellow in the picture up there, the Nobel Prize website hosts a detailed biography of Planck. Short version: His work essentially kickstarted the field of quantum theory, paving the way for guys like Albert Einstein, and likely every other physicist you’ve ever heard of.

Honestly, I was expecting to hear “Who is Max Planck? We just thought it was a cool name,” so Burns’ response gives me even more faith in the development team. If nothing else the shooter’s motivation is clearly well thought out.

Hopefully Planck’s namesake game is a trendsetter that motivates other developers to look to physics as a source of inspiration. Maybe then EA will listen to my pitch for The Revenge of Schrödinger’s Cat.

Planck is scheduled for release on the PC sometime during 2012, though the developers are also “looking at consoles.”