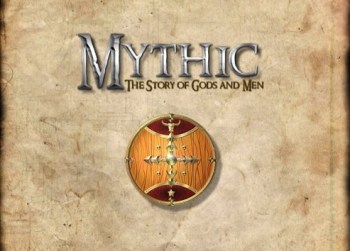 The Mythic: The Story of Gods and Men Kickstarter has been shut down.

A lot of really great things have been done with Kickstarter since the Double Fine Adventure helped turn it into the Next Big Thing for the videogame industry back in February. But like everything else in life, with the good comes in the bad, and so it’s just about inevitable that every now and then we’ll run into jerks who try to scam the system for their own personal benefit.

That appears to be what happened with the Kickstarter for Mythic: The Story of Gods and Men, which went live earlier this month but disappeared without warning a couple days ago. The project was reportedly being developed by Little Monster Productions, a team composed of former Blizzard employees who wanted to do “something better,” and raised eyebrows by promising a blend of World of Warcraft gameplay with Skyrim visuals.

“Mythic is an open world concept that will allow you to choose where you want to go even if it does not coincide with the story line and current missions list (hey, sometimes we just like to explore to level up right?!),” the Kickstarter page says. “Depending on funding amount reached we will aiming to get a multiplayer version online by Summer 2013. Game engine is custom but built based off of Unity3D and animations will be done via motion capture thanks to some friends at Disney/Pixar!”

Claiming that Disney/Pixar would be handling motion capture, even in a very indirect fashion, was apparently enough to raise a field of red flags, which led to some digging by forum users at Rock, Paper, Shotgun and Something Awful. Their investigations discovered, among other things, that much of the art assets were swiped from other games, the Little Monster office shots are actually from the Burton Design Group and that the reward tiers are just about straight-up lifts of those offered by The Banner Saga.

It’s easy to say in hindsight but the Mythic Kickstarter page is actually a pretty amateurish effort, which makes me wonder if it’s actually a scam or just a stupid prank-slash-troll. Regardless, 83 people actually signed up to back the project for a total of $4739 before the Kickstarter was canceled over the weekend. The project’s website, mythicthegame.com, has also disappeared, as has its Facebook page.

Luckily for those folks who signed up [especially the guy who pledged $2500], nothing aside from a bit of pride will be lost. Kickstarter only takes money from backers once a project reaches its funding goal.