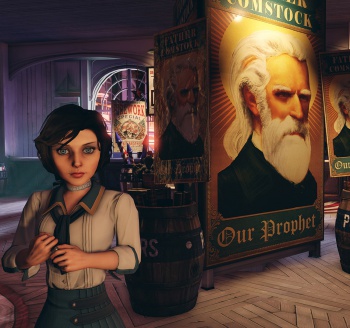 The Xbox 360 is once again the best selling console for the month, increasing its record to a solid 27 months.

Bioshock: Infinite and Tomb Raider led the charge for this month’s NPD numbers, both selling more than any other title in their respective franchises. Luigi’s Mansion: Dark Moon is the only handheld-exclusive title to break the top ten, selling 365K units (415K with digital sales). The Xbox 360 had another good month, once again taking the crown of best selling console for the month, reportedly moving 261K units. This marks the 27th month in a row that the 360 has been the top selling console in the US.

Despite all of these big numbers, overall hardware sales are down 10% for all console platforms, with the surprising exception of Nintendo’s 3DS. Sales for the 3DS grew 9 percent compared to the same time last year. Nintendo revealed that strong sales for Luigi’s Mansion: Dark Moon, Pokemon Mystery Dungeon: Gates to Infinity, and Monster Hunter Ultimate 3 were to thank for this. Software sales (including PC) increased by 2%, which represents the first increase in retail spending since November. The top ten selling games for the month are as follows:

Microsoft revealed that six of the top ten console game titles were from sales on the Xbox 360. Nintendo expects to keep up the 3DS’s momentum next month, with its recent Nintendo Direct event revealing more info on upcoming titles such as Donkey Kong Country Returns 3D, and announcing exciting new ones such as a new Zelda and Yoshi’s Island game.