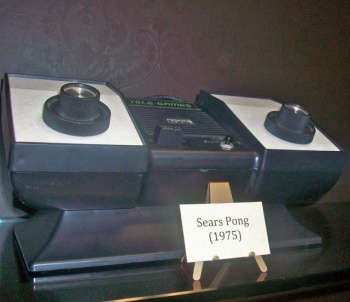 If there are games out there that people should know about, Stony Brook University wants them.

Stony Brook University, located in Long Island, New York, is hoping to preserve the history of the videogame industry by collecting an archive of everything from systems to scans of strategy guides. The effort, led by cultural studies professor Raiford Guins, will start small and grow as funding and donations allow.

The beginnings of the William A. Higinbotham Video and Computer Game Archive, named after the creator of 1958’s Tennis for Two, will include an Atari 2600, ColecoVision, Nintendo Entertainment System, Super Nintendo, Sega Genesis and Nintendo 64 that are planned to be playable in the university’s library. Smash Bros. in the library anyone? An online database is also planned which will include 15,000 artifacts at launch such as strategy guides, box art, and early video game magazines from the 1980s.

The project’s budget is small, but Guins hopes that donations from gamers will eventually lead to the addition of other systems like the PlayStation 3 and Xbox 360. More funding could possibly be secured as the university uses the archive to help educate students on topics such as the depiction of women in videogames or how to perfect M. Bison with Ryu. Unlike other videogame archives, Stony Brook University’s intention is to collect physical pieces of hardware and software.

This really is about education to Guins, who believes students have a “desire to learn about games in more astute ways,” and he plans to first use the archive in a videogame history class coming up in the summer. I know my library used to have an archive of VHS tapes that included Godzilla movies, so why not videogames too?