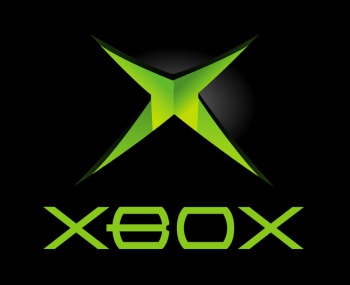 It’s official: Microsoft plans to unveil the successor to the Xbox 360 in less than a month.

Come Tuesday, May 21, Microsoft will finally pull the trigger on revealing the next Xbox. According to a new entry on the blog of Larry “Major Nelson” Hryb, the computer giant plans to host a special, invite-only press event at which it will debut the system. This reveal will also be simultaneously streamed on Xbox.com, Xbox Live and on the Spike TV network, for those unable to attend the conference in person.

“On that day, we’ll share our vision for Xbox, and give you a real taste of the future,” Hryb writes. “Then, 19-days later at the Electronic Entertainment Expo (E3) in Los Angeles, we’ll continue the conversation and showcase our full lineup of blockbuster games.”

While that’s the entirety of what Microsoft is willing to reveal at the moment, we can deduce a few things from the nature of this event. First, as it’s being streamed “globally,” it’s safe to assume that the 10AM PST press conference will be light on technical specifics and heavy on PR-approved bombshell revelations. We expect a major focus on how powerful the next console will be, as well as its undoubtedly novel online functionality. Hopefully Microsoft also offers us a final name for the machine, as referring to it as the “next Xbox” or the “Xbox 361” is growing very tiresome.

What we don’t expect to see at the event is a full rundown of launch titles and big-name exclusives destined to appear on the device. If I had to guess, I’d imagine that Microsoft wants to hold off on its important software-related announcements until E3, where it will be able to coordinate with any number of important publishers and developers who will also be in attendance at the show.

Unfortunately, we also don’t expect much in the way of useful gameplay footage or first-hand, unbiased impressions of the machine. Instead, the May 21 reveal will likely focus entirely on Microsoft’s best efforts to promote the machine in as sterile and controlled an environment as possible. The company has a lot riding on this event, and as such it will want to dictate everything that’s to occur, down to the smallest detail. We may see more useful information emerge at E3, though that may not occur either.

Honestly, it’s still too early to tell how any of this will go, so instead, we invite you to take to the comments for one final round of wild speculation on where Microsoft plans to take its console initiative. Will it greet you at the door with hugs and compliments? Maybe the new machine will distribute frosty beverages during gameplay? Whatever the case, we’re eagerly awaiting May 21.