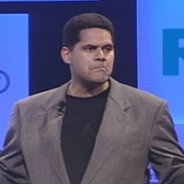 Nintendo has long been criticized for lack of hardcore appeal, and it has finally just admitted what some have suspected – it’s not very good at it.

“The fact of the matter is we know we create great content for younger consumers, we know we’ve got great content for more casual players, and we want fantastic content for that more active player who loves Metroid or Zelda but maybe also wants something like a BioShock 2 to play as well,” Nintendo of America President Reggie Fils-Aime said. “And we also recognize that we don’t create that type of content ourselves. We’re not good at it and it’s not a key focus area.”

Fils-Aime said while hardcore appeal is neither Nintendo’s primary focus nor skill, they do want to host titles that can appeal to the hardcore crowd, and rely on third-party developers to support that demographic. He also admitted courting the hardcore crowd has become much harder in recent years, and doesn’t remain financially viable in some cases.

On one hand I can see where Nintendo is coming from, developing for high-end systems is prohibitively expensive and looking back on its past titles, hardcore appeal has never really been its thing outside a few exclusive titles such as Zelda and Fire Emblem. But it would be nice to see Nintendo apply some of its trademark creativity to new, original titles meant for older and more mature audiences on occasion.