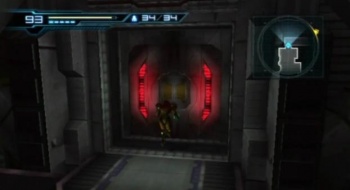 Nintendo knows what causes Metroid: Other M‘s game-breaking bug and can fix the save files of afflicted players if they have patience.

Some players of Metroid: Other M may have found themselves feeling like a Space Pirate hit with Samus’s Ice Beam if unlucky enough to encounter a bug that completely freezes their progress. Nintendo has now discovered what causes the bug, and figured out a solution.

The official Nintendo support website has posted a specific page on the glitch, which permanently locks a door necessary to pass through to continue the game. According to Nintendo, the door will be bugged if after unlocking the Ice Beam players continue into the next room, defeat the enemies with “spiked, purple legs” to unlock that room’s door, and backtrack into the room where they obtained the Ice Beam instead of continuing through the just-unlocked door. So don’t do that!

Soldiering forward through that magical door will ensure that the bug doesn’t show its red, locked face. Nintendo has offered a fix for those with save files cursed with the bugged door, but it requires using the mail, stamps, and packaging.

“If you are experiencing this issue, we are able to resolve it by fixing your save data,” Nintendo writes on the support page. “For instructions on how to set up a repair by sending us your save file on an SD card, or for other options, please call 1-800-255-3700.” I’m begging you, don’t call the number looking for pizza, because that joke’s been done to death and this is a serious matter.

It’s great that both the cause of the bug and a solution has been found, even if it requires mailing an SD card to Nintendo (or mysterious “other options”). I’m just hoping that Nintendo’s next console will catch up with its friends and offer the possibility to patch games online, because then this wouldn’t have been much of an issue at all.

Treyarch Has “Evolved” Zombies Since World at War