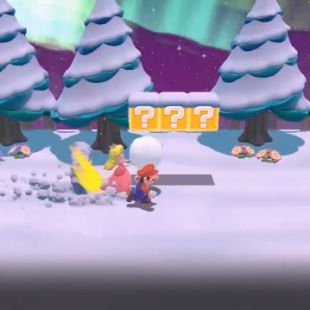 Reggie Fils-Aime is predicting a Wii U resurgence once new first-party titles launch.

It’s been no secret that the Wii U’s sales have been markedly underwhelming since its launch. So underwhelming in fact that developers and publishers alike have been moving away from the consoles, citing its small user base as a deal breaker. Even Ubisoft, which had previously been one of the console’s more stalwart supporters, has said that the Wii U needs to sell more units before it can invest in further exclusives for the system. That being the case, Nintendo, fresh from an E3 fraught with big game reveals, is looking at the 2013 holiday season with its sights set on a comeback.

“We think it’s pretty simple. As long as we focus on getting our great first-party content out there, we believe the hardware sales will follow,” said Reggie Fils-Aime, president of Nintendo of America. Fils-Aim pointed to the 3DS as an example of what Nintendo hopes will happen with the Wii U. “It was probably a year and a half ago that I was sitting in a meeting like this answering questions about how the 3DS would survive against the iPhone. Now look at how it’s doing.” The 3DS had a similar rocky start, but eventually picked up in sales as new software and a price drop helped the handheld gain momentum.

To its credit, Nintendo’s upcoming release calendar for the Wii U does boast some bigger names that are likely to excite fans, including Donkey Kong Country: Tropical Freeze, The Legend of Zelda: Wind Waker HD, and Super Mario 3D World. That being the case, several other first party heavy hitters are still waiting on release dates, leaving it to question whether or not the lineup for the remainder of 2013 will be enough to make the difference Fils-Aime and Nintendo are hoping for.