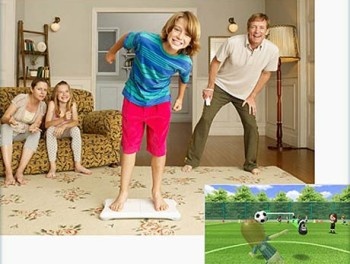 Nintendo says it is almost entirely responsible for the revenue growth experienced by the videogame industry in 2008, which surged 19 percent despite being gripped by recession.

Nintendo once again set record-level sales in December 2008, putting out 2.15 million Wii consoles and 3.04 million Nintendo DS systems. Nintendo also said the Wii racked up annual sales of 10.17 million units in the U.S. in 2008, the first console to reach that mark in a single year. The DS was close behind, punching out 9.95 million units sold over the same period. Both devices broke the previous annual sales record, held by – surprise – Nintendo, which sold 8.52 million DS handhelds in 2007.

The figures didn’t live up to the expectations of analysts, as Michael Pachter of Wedbush Morgan had called for 3.25 million unit sales while Jesse Divnich of EEDAR forecast nearly the same amount at 3.2 million. But as Divnich pointed out, despite Nintendo of America President Reggie Fils-Aime’s optimistic prediction that the company had “a good shot at meeting demand during the holidays,” the problem was not declining interest in the system but, once again, Nintendo’s inability to meet demand.

“These Wii figures are not any indication that is demand slowing down,” Divnich said in a follow-up email. “The Nintendo Wii is going through supply just as quick as they have before, and these numbers merely reflect the large disparity between supply and demand. We still believe the Nintendo Wii would have sold north of 4 million units have supply and demand been in equilibrium.”

Despite the shortfall, Nintendo claimed it was solely responsible for 99 percent of the industry’s revenue growth in 2008, saying the Wii took 55 percent of all current-gen console sales in 2008 while the DS accounted for 72 percent of handheld sales. Further, the company noted that 20 of the 30 best-selling titles in December, including the top four – Wii Play, Mario Kart Wii, Wii Fit and Super Smash Bros. Brawl – were for Nintendo platforms. EEDAR’s Divnich didn’t dispute the claim, saying, “We still believe that Nintendo, with its Wii and DS install base, were the main catalysts behind protecting our industry from seeing the full wrath of the recession in late 2008.”

“Our type of entertainment has now moved to the point where there is no longer a question that if you offer consumers an expanded definition of what a video game can be, and deliver that idea with quality and affordability in mind, millions of new people will start playing video games,” said Cammie Dunaway, vice president of sales and marketing at Nintendo of America. “Concepts like Wii Fit, Guitar Hero, and Rock Band never would have seemed feasible just a few years ago, and now they’re driving growth for our the entire industry.”