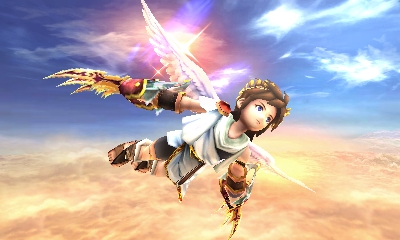 Even though the the game has received generally positive reviews, a common complaint about Kid Icarus: Uprising has been the frustrating control scheme, which requires players to use the 3DS’ circle pad to move and the stylus to aim. However, in a recent interview with IGN, Masahiro Sakurai, the game’s creator, thinks that players who are frustrated might not be playing it the right way.

Standing by Kid Icarus’ control scheme, Sakurai said his team pushed the 3DS to its limits when developing the game, and that including an option for the Circle Pad Pro was a technical impossibility. Sakurai also stated that offering multiple control schemes would more than likely unbalance its’ multiplayer, as the 3DS’ stylus allows players to aim more quickly than using a circle pad.

“If a player used to touch screen-based aiming played against someone used to right-analog control, the first player would probably dominate. The speed is on a whole different level.”

As for players who are angry at the controls or feeling they’ve developed carpal tunnel playing Kid Icarus, Sakruai recommended they try approaching the game from a different angle.

“If there are players who say that it makes their hand tired, that’s because you’re applying too much force,” explained Sakurai. “Try to relax and work on building a rhythm to your control. Place the pen in the middle of the touch screen; when you’re flicking it, take the pen off the screen as you’re sweeping with it, and stop right there. That’s the basic idea.”