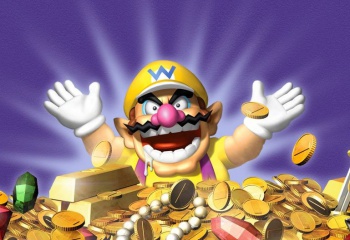 Claiming copyright on fan videos means that ad revenue will go to Nintendo instead of the video’s creators.

Nintendo is reportedly flexing its YouTube copyright muscle by issuing “content ID match” claims on “Let’s Play” videos featuring its game franchises. Prolific YouTuber Zack Scott, who is currently playing Luigi’s Mansion: Dark Moon, claims that Nintendo has made content claims on several of his videos, meaning ad revenue received from those videos will instead go to Nintendo rather than Scott. It’s a pretty jerk move from Nintendo, as although it is true that Scott is uploading gameplay from its games, his viewers watch his gameplay videos to hear his commentary and review, and it seems unfair that Nintendo should simply take all the ad revenue when he’s the one putting in the hard-yards maintaining a fanbase.

“Since I started my gaming channel, I’ve played a lot of games. I love Nintendo, so I’ve included their games in my line-up,” said Scott, warning that until Nintendo’s claims are straightened out, he won’t be playing its games. “I won’t because it jeopardizes my channel’s copyright standing and the livelihood of all LPers.”

Several other YouTubers, including Thomas Was Alone creator Mike Bithel, have chimed in, also claiming that Nintendo is making content ID match claims on their videos, According to popular gaming video conglomerate Machinima, Nintendo’s claims have been increasing recently, and they appear to be doing it deliberately.

Nintendo has issued GameFront the following statement in relation to the copyright claims:

“As part of our on-going push to ensure Nintendo content is shared across social media channels in an appropriate and safe way, we became a YouTube partner and as such in February 2013 we registered our copyright content in the YouTube database. For most fan videos this will not result in any changes, however, for those videos featuring Nintendo-owned content, such as images or audio of a certain length, adverts will now appear at the beginning, next to or at the end of the clips. We continually want our fans to enjoy sharing Nintendo content on YouTube, and that is why, unlike other entertainment companies, we have chosen not to block people using our intellectual property.”

The statement seems to be a rather curt “be thankful we didn’t just block you guys” rather than an actual explanation of why they feel they can steal people’s ad revenue.

Content ID matches are less severe than ‘copyright strikes,’ which YouTube issues a channel after processing a verified request for the full removal of a video by the copyright owner. When a content owner issues a Content ID match, it allows them to monetize that video with in-video ads, block it in certain countries, or even block it from playing worldwide. If a channel receives too many Content ID matches, it can lose its “good standing,” which would hinder YouTubers from making money off any of their videos.