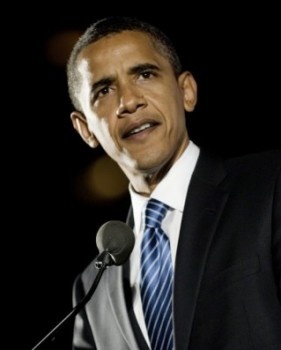 The videogame generation is in The House: President-Elect Barack Obama has appointed a pair of Net Neutrality advocates and MMOG fans to head his FCC transition team.

Wharton assistant professor of legal studies and business ethics Kevin Werbach and University of Michigan communications and internet law expert Susan Crawford will co-chair the transition team, providing information to the incoming Obama administration on U.S. internet and telecommunications policies, budgetary and personnel issues. The pair are described by GigaOM as “seasoned Net Neutrality advocates,” and Werbach is also a World of Warcraft player.

Not just a casual player, either: Werbach is a member of two guilds. “One of them was started by my friend and inveterate tech connector, Joi Ito,” he wrote in a 2006 blog entry. “The other guild is very different – it’s composed primarily of academics and other thinkers who study and write about virtual worlds.”

“What [Warcraft] does is provide an incentive for people to develop new software and ideas for collaborative production,” the post continues. “Many of those ideas will translate to other group activities, including those within the business world. I think MMOGs will be, at a minimum, a significant testbed for these new technologies, because users see a direct benefit and are willing to experiment with new things.”

Crawford has some legitimate gamer cred herself, writing on her blog that she is a “huge fan of Second Life,” the online virtual world that’s actually more akin to a social network than a straight-out game; she admits to having trouble maneuvering in the world (“If you see an avatar spinning and gesturing meaninglessly, that’s me,” she wrote) but expressed admiration for the way Second Life creator Linden Lab has elected to grant IP rights to individuals who create content in the game.

It’s far too early to predict the impact this kind of gamer experience could have on the policies recommended by Werbach and Crawford, but the simple fact that they they have the experience to draw upon represents a significant change from previous administrations. Videogames are the “new normal,” and while Obama himself may not have graduated past Pong, it’s good to see that he’s surrounding himself with people in relevant positions who have.