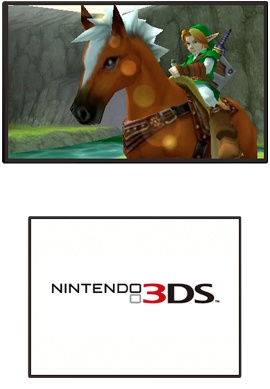 The director of the beloved Legend of Zelda: Ocarina of Time wants to use the upcoming 3DS remake to fix a flaw in the game he’s lived with for twelve years: the infamous Water Temple.

Many gamers have fond memories of the 1998 classic Ocarina of Time, and many of those fond memories abruptly end at the Water Temple. The Water Temple is, for many, the low point of the legendary Zelda: It’s long and it’s annoying – particularly on first playthroughs – because constantly raising and lowering the water level (and constantly equipping and unequipping the Iron Boots) is just a pain in the neck.

During a roundtable discussion at E3 2010, Nintendo’s guru Shigeru Miyamoto explained that he had yanked Eiji Aonuma off of another project to help direct Ocarina of Time, and that the designer had one regret about working on the title: “He does have from that time one horrible memory that’s lasted with him for a long time, that he would like to try to put to rest and make amends for,” said Miyamoto.

“You’ve all played the Water Temple?” inquired Aonuma. “How many people thought, boy that was really tough? I’ve lived with that for the last ten odd years,” he explained, according to Videogamer.

“But with Nintendo 3DS we have touch screen. One of the things I think was problematic or maybe troublesome for you when you were playing through the Water Temple was the fact that you had to take the iron boots off, put them back on, take them off, put them back on … what I’d like to do is lay this evil shame I have to rest by implementing the touch screen in such a way that it makes it very natural and smooth and easy to put those iron boots on and take them off.”

While I think that Aonuma-san might be going a little bit overboard by calling a slightly irritating part of an otherwise amazing game an “evil shame,” it’s good to hear that Nintendo will be looking to make the infamous Water Temple less of a pain in the ass.

And yes, this does pretty much confirm that the 3DS Ocarina of Time is real, and not just a tech demo. Let there be rejoicing.

Videogamer has a full transcript of the Zelda: Skyward Sword roundtable, and if you’re a fan of the series it’s a very interesting read.