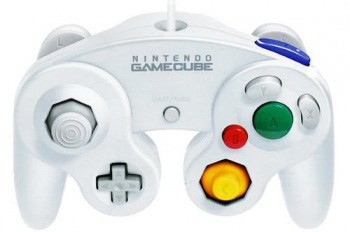 Nintendo has partnered with peripheral maker PDP to create a line of “GameCube inspired” Wii pro controllers, just in time for Smash Bros. Wii U.

If you ask any Smash Bros. player what their controller of choice is, the answer will always be the same. The GameCube controller. Nothing in the Nintendo arsenal of Wiimotes and nun-chucks and pro-controllers has come close to matching the feel of the original purple monstrosity, so you can imagine our sadness when we learned that it wouldn’t be compatible with the Wii U, and thus, the upcoming Super Smash Bros. for Wii U.

Luckily, Nintendo has just announced it is partnering with peripheral maker PDP to create a line of “GameCube inspired” controllers, that will plug into the bottom of your Wiimote like a standard Wii classic controller. The “Wired Fight Pad” should be in our hands just in time for the release of the new Smash Bros. GameCube fans rejoice!

The Wired Fight Pad, which will be an officially licensed Nintendo product, will feature fan-favorite Nintendo characters such as Mario, Yoshi, and Princess Peach with a shape inspired by the original Nintendo GameCube Controller. It’s been given a RRP of $24.99 – not bad considering official GameCube controllers for the Wii go for around $50 these days.

The only thing I’m slightly annoyed at is now I have to go out and buy a whole new suite of controllers for my Wii U. I already have the pad, the remotes, the nunchucks, the pro controllers, and the classic controllers. Why didn’t they just do this in the first place with the Wii classic controller?