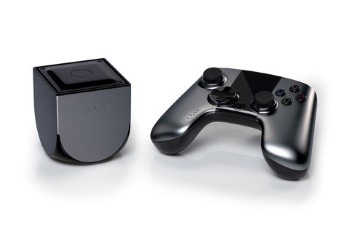 Ouya has received millions from new investors and added a new member to its board of directors.

The Ouya has had more than a few skeptics since its journey began. The promise of a modern $99 game console seemed too good to be true for many to believe. Others however had no qualms about supporting the project, helping Ouya’s Kickstarter campaign raise almost $9 million in money, nearly 900% of its initial goal.

The subsequent road to release hasn’t been without trials. Some were disappointed to learn that Ouya wouldn’t be launching with promised community features and, just recently, its makers were forced to delay the release of the Android-based console to allow more time for production. All of this said, the Ouya is still well on its way to a launch some doubted we’d ever see and now, a new injection of funding may help it reach even futher than its makers had ever imagined possible.

Ouya has revealed that the company recently received $15 million in new funding. The money comes from several big investors including Mayfield Fund, NVIDIA, Shasta Ventures, Occam Partners and Kleiner Perkins Caufield & Byers. KPCB is particularly notable on account of it being the same firm that originally backed Electronic Arts. Bing Gordon, a general partner at KPCB, will also be joining Ouya’s board of directors. Gordon’s also serves as a board member for Amazon, Klout, Lockerz, MEVIO, Zazzle and Zynga and worked as an executive at EA during its formative years.

While few specifics were offered on what the new funds would be used for, the official Ouya blog offered some vague insights. “We’ve got additional resources to to make OUYA everything it can be,” said Ouya founder Julie Uhrman. “It means that we can increase production to meet our demand and continue to support game developers who are building innovative and exclusive games for OUYA.” With more than 10,000 developers apparently working on games for Ouya, there are probably more than a few who would happily accept the kind of support that $15 million can bring.