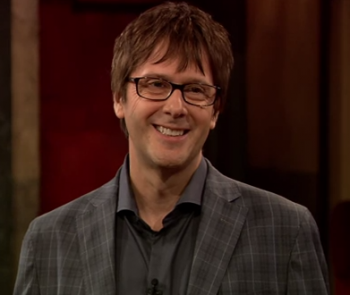 Mark Cerny believes the PS4 can bring us back to the creativity of previous console generations.

You might confuse Mark Cerny for a man concerned with cutting edge technology. He is, after all, the architect of Sony’s PlayStation 4. That said, recent comments from Cerny have seen him pointing not to the PS4’s power as its best asset, but rather the freedom it will give developers to pursue the creativity that defined previous generations. “The barrier to entry that existed on PS3 technologically is gone. If you can make games for PC, you can make games for PS4. So it’s much easier to bring games to the platform, or if you’re going to [develop] on the platform, it’s once again much easier.”

This ease of development was, according to Cerny a key facet that led to the diverse gaming options of previous generations. “I feel like the magical time was the early years of the PlayStation because there was such a variety of products coming out,” he said. “There wasn’t this sort of consistent overarching pattern that you might have seen in the last few years in the PlayStation 3 generation, and I really think we’re heading back to that time. I think that’s a very good thing.” Cerny comments are, in part, elaborating on statements he made while serving as the keynote speaker at Develop 2013. During that event he said the creativity of the indie game movement, which Sony has been been helping to foster, could “fundamentally alter the landscape of gaming.”

Following a generation of consoles where ballooning budgets and same-y AAA titles were much the standard, Cerny’s comments could be somewhat heartening for gamers who might be interested in content outside of current dominating blockbusters. Sony, in the least, looks to be following through on its oft-repeated promise to bring smaller, more diverse projects to PlayStation platforms. Whether or not this results in a return to the diversity of yesteryear is something we’ll have to wait and see.