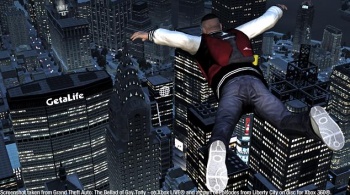 Based on various factors, Wedbush analyst Michael Pachter thinks that Grand Theft Auto V will be out in another two years at the very latest. He also expects that it’ll be the “biggest and deepest” Grand Theft Auto title ever, leading to absolutely massive sales.

Commenting on Rockstar parent company Take-Two Interactive’s positive financial results for 2010, Pachter said: “We fully expect the next installment of Grand Theft Auto to be released by Q4:12 at the latest, as the company’s contracts with the three employees most instrumental in the game’s development (Les Benzies, Sam and Dan Houser) expire in January 2012. In our view, management would have been irresponsible to enter into a contract with the three without some type of milestone for delivery of the game prior to expiration.”

“Similarly, we think that the three employees have everything to gain in negotiating a new contract if they deliver another Grand Theft Auto game prior to contract expiration, and everything to lose if they cannot deliver a game by then,” he added. “Their leverage with Take-Two is lessened without a game, and their ability to work for a competitor is similarly diminished.”

Pachter also said it’s “unfathomable” to think that development on Grand Theft Auto V hasn’t been underway for years already, and said: “Athough we expect the next game to be the biggest and deepest ever, we don’t think it is likely that the team will take more than four years to deliver it.” He’s actually critical of Take-Two for diverting the attention of key Grand Theft Auto V employees on titles like L.A. Noire that have been regularly delayed, because he predicts that GTA V “may become the best selling game of all time, selling over 20 million units.”

Rockstar Games has been keeping us satiated with Grand Theft Auto content through the Episodes from Liberty City expansion packs, but has been very quiet about where the franchise will go in the future. Grand Theft Auto IV broke sales records when it was released in 2008, so it’s no surprise that Pachter feels it’ll do the same with its next entry. The only question is when Rockstar will actually release it, or at least give us a trailer or something.