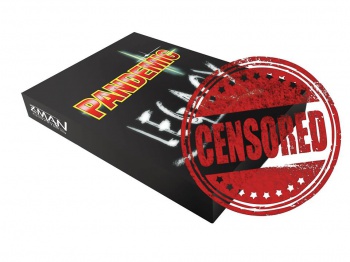 After months of hushed rumors and unofficial confirmations, Z-Man Games has announced that they will be releasing Pandemic Legacy, a persistent version of their popular cooperative plague-fighting game Pandemic. The game will be a collaboration between Pandemic designer Matt Leacock and Risk Legacy designer Rob Daviau. In a legacy game, the way that gameplay proceeds and choices players make have permanent effects on the game board and effects on future games. In Risk Legacy for example, players would be prompted to open a sealed packet, choose one card, and tear up another, write on the game board to claim continents as their own, or even find hidden secrets within the game box. Here’s the game description from the publisher:

Pandemic Legacy starts what will be one of the worst years in human history. Whether it is the worst year is up to the players, who must band together to save the world. Unlike Pandemic, actions taken in one game will affect all future games. Characters will change. Some may be lost. Heroes will emerge. And, of course, there are the diseases, which start under control but soon… Can you save humanity? So much more to come about Pandemic Legacy, will you be ready?

Few details are known about the kinds of changes that might take place over the game – aside from that characters could die as mentioned above. Early playtesters teasing the game have teased a few possible details, though they could have changed during development: The starting research center’s location could change, cities could become more prone to infection, players could be travel banned from certain countries, new cities could appear, and old cities could be lost.

The combination of the two games looks promising – what Rob Daviau did with an unstable game like Risk was impressive, but as tight a design as Pandemic should really deliver results. We’ll learn more come Gen Con. 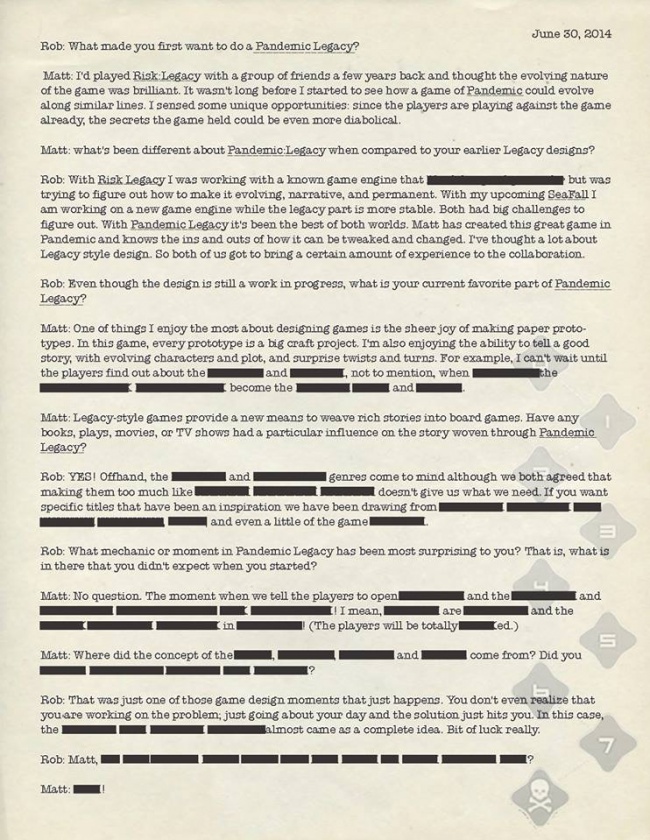