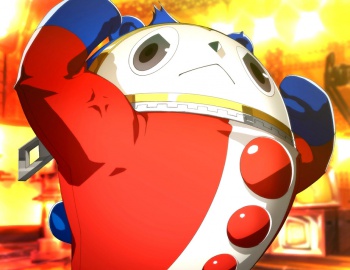 Allegations of fraud have been made against Index Holdings.

Index Holdings, the company that owns Atlus, creator of Persona, Catherine and Shin Megami Tensei among many other titles, has filed for civil rehabilitation – a form of bankruptcy – following allegations of fraud and bad debt. Ochiai Yoshimi, director of Index Holdings since 2007, and Masami Ochiai, Chairman of the Board, have both announced their intention to resign. It is likely that, as a result of this filing, Atlus will be sold on, but this has yet to be formally determined.

Index has been accused of ‘window dressing’, or exaggerating sales figures to create a false sense of security among investors. A translated CNet report also indicates that the failure of the Incubator Bank of Japan, a business networking institution, hit Index hard. At time of writing, Index is approximately $244 million in debt.

The window dressing allegations were first reported by Crunchyroll earlier this month. At that time, Japanese business analyst Ichiro Yamamoto said he suspected someone had carried out the fraud in order to push the stock price upwards, making a financial killing, rather than bumping the figures to create an illusion of success. That investigation is still ongoing.