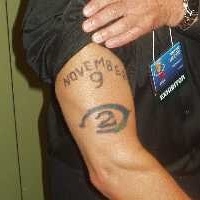 Peter Moore has left Microsoft to take up a position with Electronic Arts as President of the EA Sports brand.

Robbie Bach, President of the Entertainment and Devices Division at Microsoft, said, “Peter has contributed enormously to the games business since joining Microsoft in 2003 and we are sad to see him go. Since that time, he presided over the global launch of the Xbox 360, spearheaded a revitalized and rebranded Games for Windows business, and helped steer the console’s ascent.”

Electronic Arts will be paying $1.5 million to Moore as compensation for income he will be foregoing by leaving Microsoft, according to a filing with the Securities and Exchange Commission. The company is also paying an estimated $333,000 in relocation expenses. He will receive a base salary of $550,000, as well as generous stock options. If Moore leaves EA voluntarily within two years, he will be required to repay the $1.5 million bonus.

According to Moore, he decided to move back to Northern California for personal reasons. “The people at EA Sports have created one of the strongest brands in the entertainment industry and John Riccitiello is building an organization which will extend the company’s leadership to new platforms and new audiences all over the world,” he said. “I couldn’t be more excited about joining EA and moving my family back to the San Francisco Bay area.”

Rockstar Comes to the Wii