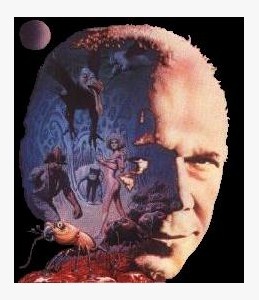 Born in 1918, Farmer was well-known as an author of both short stories and novels in the science-fiction and fantasy genres. His career began in 1953 with The Lovers, which won him the Hugo Award for Most Promising New Writer, and eventually spanned more than 50 years, resulting in dozens of novels, short stories and essays.

Farmer never achieved the level of success in his home country of the United States that he did elsewhere but he was often recognized by his peers for his outstanding work. He was nominated for Hugo and Nebula Awards several times following his 1953 win before taking the 1968 Hugo Award for Best Novella with Riders of the Purple Wage and the 1972 Hugo for Best Novel with To Your Scattered Bodies Go. In 2000 he received the Damon Knight Memorial Grand Master Award for lifetime achievement, putting him among the ranks of such legends as Isaac Asimov, Arthur C. Clarke, Frederik Pohl and Andre Norton, and in 2001 he was given the World Fantasy Award for Lifetime Achievement.

“Philip José Farmer passed away peacefully in his sleep this morning,” a message posted on the author’s website says. “He will be missed greatly by his wife Bette, his children, grandchildren, great-grandchildren, friends and countless fans around the world. We love you Phil.” He was 91.