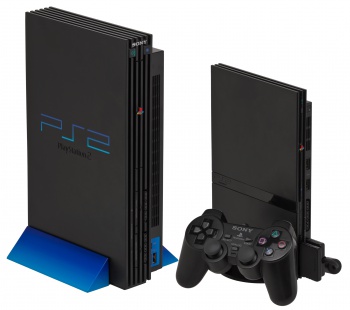 The average gamer is currently in their 30s, so most of us have lived through at least five console generations. We’re pretty used to the cycle: A new technology is introduced, we play it to death for a few years, and then move on to the next big system. The only major exception is the PlayStation 2, the best-selling home console ever produced, which can still be purchased new nearly 13 years after its initial release. Sadly, the beloved console’s age is finally catching up to it. PS2 shipments to Sony’s native Japan have been discontinued, making this the last chance for Japanese gamers to snatch up their own copy.

It’s difficult to understate the importance of the PlayStation 2 in its prime. Not only did Sony secure several important early exclusives (including Grant Theft Auto III and Metal Gear Solid 2), the system came with backwards compatibility for PS1 titles, ensuring it had a massive catalog available at release. Perhaps more importantly, the PS2 launched with full DVD playback support, making it a tempting option for non-gamers seeking to make the switch from VHS players. All told, the PS2 sold over 150 million units and encompasses a library of over 2000 games.

While the PS2 is still being produced for the rest of the world, that’s unlikely to continue for much longer. The console still sells millions of units annually, but those figures are steadily dropping, especially with a new console generation on the horizon. On the bright side, the system isn’t terribly priced these days, so anyone wanting a unit still has time to get one before they disappear for good. At that point, I imagine millions of players around the world will have a brief moment of silence for the many games that have come and gone.