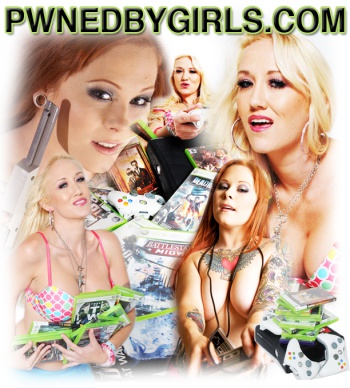 Evans came up with the initial idea to combine pornography and game coverage, and invited Dawn to the project straight away. “Misti is probably the most dedicated gamer girl I know, so she was the obvious choice as my partner,” said Evans. The launch date – September 20 – is also no accident: Evans chose the site’s launch date to coincide with the release of Gears of War 3. “I am a huge Gears of War fan,” Evans explained.

Gamers will be able to watch and communicate with Evans and Dawn in real-time via Xbox Live and PlayStation Network (their Gamertags are listed above). While girls and gaming are hardly a new combination, Dawn hopes that they will gain a fan following based on the fact that are real gamers, with or without a camera. “Are you a gamer?” asks Dawn. “Are you sick of pretend gamer girls? Yeah us too. Time to pwn some n00000bs with our b00bs.”

Dawn was not clear on whether or not she actually intends to control Marcus Fenix with her breasts, but there’s only one way to find out. Pwned by Girls is set to launch on September 20, 2011.