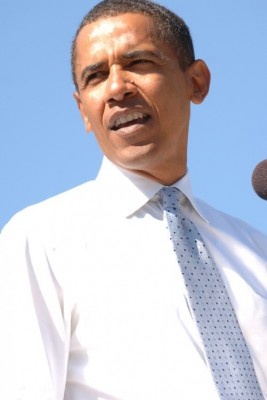 In a speech to the American Medical Association, President Barack Obama once again suggested that overindulgence in videogames is turning U.S. youths into unhealthy little fatbodies.

While Obama’s election was widely applauded by gamers, the President has often linked videogaming to underachievement in American youth, in addresses both before and after taking office. He returned to the subject again today, telling members of the American Medical Association that part of his initiative to reform the U.S. health care system will be a focus on “preventive care,” which includes cutting back on the videogames.

“The second step [in health care reform] that we can all agree on is to invest more in preventive care so that we can avoid illness and disease in the first place. That starts with each of us taking more responsibility for our health and the health of our children,” he said. “It means quitting smoking, going in for that mammogram or colon cancer screening. It means going for a run or hitting the gym, and raising our children to step away from the video games and spend more time playing outside.”

To be fair, Obama doesn’t appear to be targeting videogames as an insidious evil eating away at the very moral fabric of our society; he just wants kids to get outside and play more, and I don’t see where that’s a particularly bad idea. The problem isn’t videogames as much as it is the fact that videogames are a very visible and very topical factor in the spread of the increasingly sedentary Western lifestyle. The massive popularity of videogames may be new, but the idea that overindulgence is unhealthy most definitely isn’t.