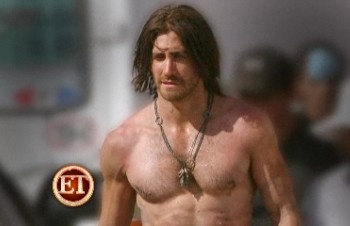 Despite the marketing budget of Disney and the well-oiled pecs of Jake “Manlychest” Gyllenhaal, Prince of Persia: The Sands of Time wasn’t as much of a success on its opening weekend as some might have hoped.

$38 million is a lot of money. It’s more money than most of us will see in our entire lives combined. If you asked anybody here whether they wanted a cool $38 million, they’d probably agree in a heartbeat and live comfortably for quite a while. And yet, to some, $38 million is a disappointment – especially when you’ve spent hundreds of millions of dollars making and promoting a summer blockbuster film.

Prince of Persia: The Sands of Time may well have fallen into that “disappointment” category, raking in $37.8 million dollars in the US domestic box office over its opening weekend. This isn’t a bad take, mind you, but it was far below the $55.7 million grossed by Shrek Forever After over the same weekend – and it’s way beneath the Pirates of the Caribbean-level numbers that Disney had likely been crossing its fingers for, given that the firm reportedly spent $200 million producing the flick.

Given that the film was supposed to be one of the early “big hits” of the year, this lukewarm performance has to come as an unpleasant surprise to Jerry Bruckheimer and his backers at Disney. It also probably throws a big uncertain wrench into any plans for potential sequels.

This is a shame, really – I caught it with a friend on Sunday, and while not the best movie ever made, it was thoroughly entertaining. It was a great popcorn blockbuster flick that was much better than others I could name (that start with “T” and end with “ransformers”).

That said, the news isn’t all bad for Persia, which managed a much-more-respectable $61 million at the international box office over the same period of time.

Have you seen it yet? What did you guys think?

(Via Gamasutra and G4TV)