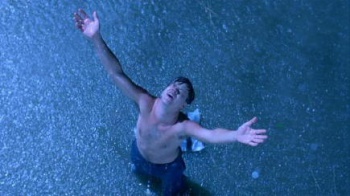 A program at a maximum security prison in Silicon Valley teaches inmates how to succeed in business.

Anyone who’s seen The Shawshank Redemption knows that it can be hard for people who’ve been institutionalized for most of their life to integrate back into a free society. If that was true of mid-twentieth century Maine – the setting of Shawshank – it’s even more true now. A person who’s been in jail for 10 years has never seen an iPhone and probably has a different idea of what a Tweet is. San Quentin Prison, in San Francisco, runs the Last Mile program to prevent prisoners from falling behind the technology curve. The program instructed five prisoners this year on social media and business, and the inmates presented mock business plans utilizing their newfound knowledge in preparation for their release. But here’s the kicker, U.S. law prevents prisoners from directly contacting the outside world so many of these proposals are created without the inmate ever touching a computer.

“I’ve driven by San Quentin every day for the last 14 years, but never bothered to understand the prison system,” said Chris Redlitz, head of the KickLabs tech accelerator and founder of the Last Mile program. “These guys will be getting out at some point. We want them to come out of the program and be contributing members of society.”

The inmates in Redlitz’s program have led hard lives and made some terrible mistakes, but that doesn’t mean they can’t come up with ideas and rebuild their lives once they are free. One prisoner created a program called Teen Tech Hub for kids to learn about computers after school. Another prisoner serving a 25-year to life sentence devised a form of fantasy football which allows the player to call specific plays while watching the professional athletes playing the game.

Redlitz has even enlisted figures like Guy Kawasaki and MC Hammer to give lectures on business and social media. “Obviously, the people in the program have committed a crime and they are paying for that now,” he said. “But look at the core characteristics of the entrepreneur – many of these guys have them. And maybe some won’t create companies that go anywhere, but what they’re getting from the program is confidence and communication skills that are super-important for whatever they do next.”

I may be a bleeding-heart liberal, but I think the Last Mile program will do wonders for helping people in our clogged prison system feel they can rejoin society at some point instead of feeling institutionalized like poor old Brooks.