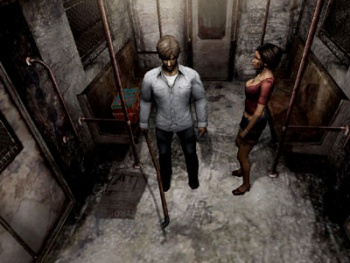 To that end, Konami has teamed with the ridiculously named Jeff Schleffelbein’s Sinister Pointe “haunted attraction venue” in Orange County, California to erect the Silent Hill Haunted Maze just in time for Halloween.

The official press materials describe the Haunted Maze as “a terrifying labyrinth in which attendees will experience their favorite survival horror franchise in an interactive and frightening remake of this decade-old series. The heart-pounding maze is set inside a vacant movie theater that is over 10,000 square feet of space and guarantees to put attendees up against their worst fears.”

Of course, that’s assuming that your worst fears include being chased by college drop outs wearing papier-mache Pyramid Head costumes while bored glamour models dressed as undead nurses look on with boredom in their glazed over eyes.

If this sort of thing does interest you though, Konami helpfully included details on when and where you can “experience the terror:”

Lose/Lose – The Game That Deletes Your Files

Left 4 Dead 2: The Boycott: The Visit: The Aftermath: The Interview