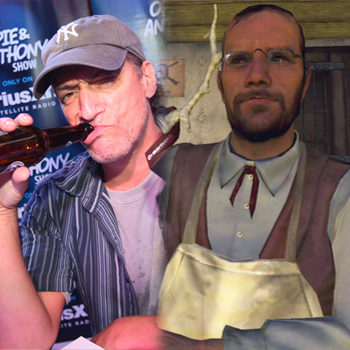 Following a long day of public and media outrage, satellite radio provider SiriusXM fired shock jock Anthony Cumia – one half of the controversial radio duo Opie & Anthony – over what the company called a “hate-filled” tirade on Twitter.

Though the details have been disputed by some (and the offending tweets long since deleted) the events stemmed from a confrontation between Cumia and an unidentified woman in Times Square who allegedly objected to the DJ taking pictures while she was in frame. According to Cumia, the ensuing argument escalated and he was “assaulted” by several men seemingly on the woman’s behalf. Following the incident, he (Cumia) posted a long stream of profane Tweets laced with sexual and racial slurs (the woman and the alleged attackers are said to have been Black) which then devolved into an angry screed against NYC’s broader African-American population along with several other subjects.

Cumia and radio partner Greg “Opie” Hughes are no strangers to trouble with employers: Originally employed by Boston-area station WAAF, they were fired in 1998 over an April Fools’ stunt wherein they incorrectly reported that the city’s then-mayor had died. In 2002 they lost a syndicated gig with New York’s WNEW over a public-sex “scavenger hunt” game that led to a couple being arrested for public lewdness in St. Patrick’s Cathedral. They were also suspended from XM (pre-Sirius) in 2007 over an interview segment wherein “Homeless Charlie” made graphic references to sexually-assaulting Secretary of State Condoleezza Rice and First Lady Laura Bush.

In 2010, Cumia provided the voice of gunsmith Jeb Murphy for the hit Rockstar videogame Red Dead Redemption; alongside a few other comedians/radio-personalities with connections to the show.

At this time, there has been no announcement of either Cumia or Hughes future plans regarding Opie & Anthony.