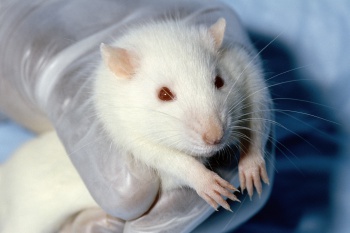 Researchers have found that rats feel regret when their actions lead them to miss out on better food options.

This is the first time that regret has been identified in a mammal other than a human being; it was previously believed that regret is an emotion that only humans experience.

The researchers, who published their findings in Nature Neuroscience, elicited regret in the rats by creating scenarios in which the rats had to decide whether to wait for a food reward or move onto another. Those rats that moved on and found that the next reward was worse demonstrated regretful behavior by pausing and looking back at the reward they had passed over.

“It’s like waiting in line at the restaurant,” said the research team’s Prof David Redish. “If the line is too long at the Chinese restaurant, then you give up and go to the Indian restaurant across the street.”

The regretful rats also modified their future decisions and were more likely to wait for a “good” reward.

“In humans, a part of the brain called the orbitofrontal cortex is active during regret. We found that in rats recognizing that they made a mistake, their orbitofrontal cortex represented the missed opportunity,” Prof Redish said. He believes that his team’s research can lead to a better understanding of how regret affects the decisions humans make.

Regrets? I’ve had a few. But then again, too few to mention.

Game of Thrones Review: Just Enough Story to Get on with the Battle

What the Hell Is Going On With E3?