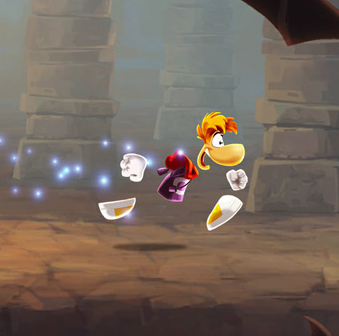 Ubisoft officially sends Rayman Legends into the distant corner of the Wii U launch window.

Ubisoft is pushing Rayman Legends out of the Wii U holiday launch lineup and into the first quarter of 2013. The platformer has never had a firm release date in the US, but it seemed like a given that it would appear in time for the gift-giving rush. No new worldwide launch date has been established, but Q1 2013 ends on March 31st. Technically, if the game does indeed hit stores before that date, it will still fall within what Nintendo considers to be the launch window of its new console.

“We’re happy that fans are excited about the game,” Ubisoft explains in a statement on the delay. “We are taking the time to make sure we deliver a game that lives up to and hopefully exceeds their expectations.”

Legends is the sequel to Rayman Origins which debuted in November 2011 to enthusiastic reviews. The new title was one of the first third party games revealed to be a Wii U exclusive. The upcoming console’s tablet-equipped gamepad plays a big role in the game’s multiplayer mode, allowing one player to manipulate parts of the game world as up to four other players cruise through the levels.

Rayman fans will undoubtedly be a bit disappointed with the news, but don’t worry: Rabbids Land, ZombiU, and Assassin’s Creed III are still on course for the Wii U launch. So, just in case you wanted to make sure Ubisoft gets some of your launch day dollars, you’ll still be able to kick a few shekels the company’s way.

NASA’s Voyager 1 May Have Left Our Solar System