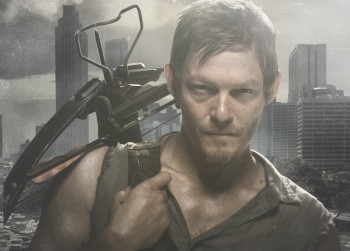 The site’s dark, its Facebook is quiet, and former TRI man Jesse Sosa fears the worst.

“For those that have known me for a long time know that I was at TRI for 10 years,” says Dinosaur Games’ Jesse Sosa. “TRI seems to have finally shut down.” The studio behind The Walking Dead: Survival Instinct, BloodRayne and Ghostbusters: The Video Game, among other titles, has gone dark.

It still has a webpage and a Facebook, but the page is a placeholder and its Facebook has been quiet since October. The October entry says it’s looking for testers for its new game in its new digs. Nobody seems to know where it is now, or how many staff it had when it went dark.

Terminal Reality has been in business since 1994. Its most recent Walking Dead tie-in had some good points, but it didn’t survive accusations of being a cheap cash grab.

“I hope they all land on their feet,” says Sousa. “Most of those guys are still like family to me. I know a good amount are on their way to Austin, so at least I’ll be seeing them soon.”